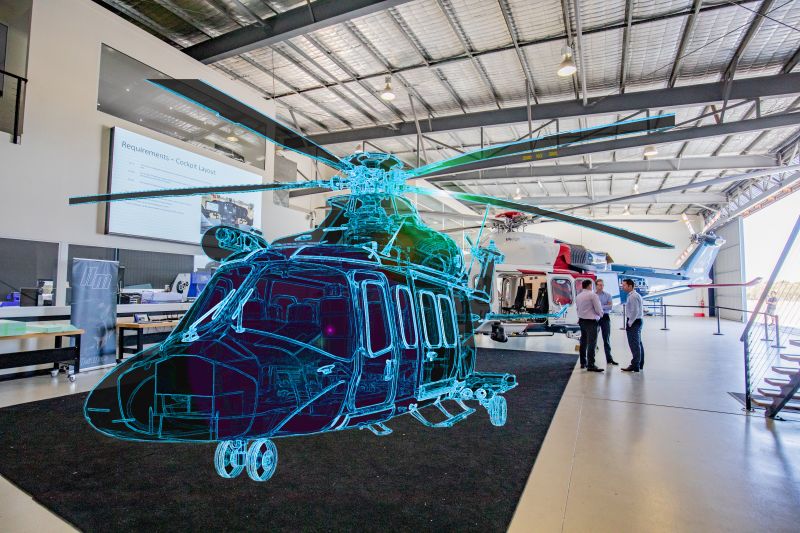 The Palaszczuk Government will partner with a Sunshine Coast aerospace company to deliver a large-scale, state-of-the-art aircraft manufacturing and modification facility at Caloundra.

Premier Annastacia Palaszczuk said HeliMods would accelerate the $10.3 million expansion of its current facility by almost five years thanks to support from the Palaszczuk Government’s Jobs and Regional Growth Fund.

“Aircraft manufacturing and maintenance has great potential to grow our economy and create thousands of local jobs in years to come,” the Premier said.

“By partnering with HeliMods, we can ensure that we create more of these jobs in Caloundra.

“Because we’ve been able to minimise the impact of the coronavirus pandemic in Queensland, we can now focus on rebuilding our economy.

“That means more jobs and more projects like this that will pump millions of dollars into the Sunshine Coast.”

“We have a plan to rebuild the economy and create more opportunities for locals,” Mr Miles said.

“Advanced Manufacturing is a growth industry. We’re tapping into this rapidly growing, global industry to stimulate our economy here in Caloundra.

“Since its founding in 2002, HeliMods has achieved significant growth both domestically and internationally, and has established a strong reputation as world-leading in its field.

“The company now employs a young, dynamic and highly skilled workforce of over 30 people, with more than half of those in specialist technical roles.

“We’re partnering with them to create even more jobs in the future.”

Its reputation and expertise also extends well into the northern hemisphere with clients as far afield as Canada.

In addition to further building a deep pipeline of work for civil clients, the facility and capability expansion will better position HeliMods to catch the wave of once-in-a-generation defence contracts and to establish themselves as a significant player across the aerospace and defence industries.

The facility expansion will include hangars capable of accommodating large civil and defence aircraft, such as Boeing CH-47 Chinooks, in a segregated and secure environment.

Alongside facility expansion, HeliMods will also invest in capability enhancements across advanced engineering and manufacturing, and cyber-physical security systems.

HeliMods founder Will Shrapnel said the Queensland Government’s support was essential in accelerating the company’s growth and will allow it to compete for larger defence and civil contracts.

“This expansion marks a new and exciting milestone for our business. We have worked hard over the years to build capability that is unique and sovereign and have established a proven track record in industry across both Australia and global export markets,” Mr Shrapnel said.

“This investment will now allow us to further scale our capability and become a major player in the aerospace and defence industries, from right here on the Sunshine Coast.

“It represents an opportunity for us to become a next-generation provider to defence, one that can deliver the highest levels of quality and rigour, without compromising on speed or agility.

“Through this growth, we will also create greater opportunities for our region and seek to pave the way for new, technology-enabled careers for the next generation of talent.

“Our team is incredibly energised by this growth and look forward to the exciting journey ahead.”

Learn more about how the Jobs and Regional Growth Fund is supporting companies like HeliMods to boost Queensland’s economic recovery through new job-creating projects.