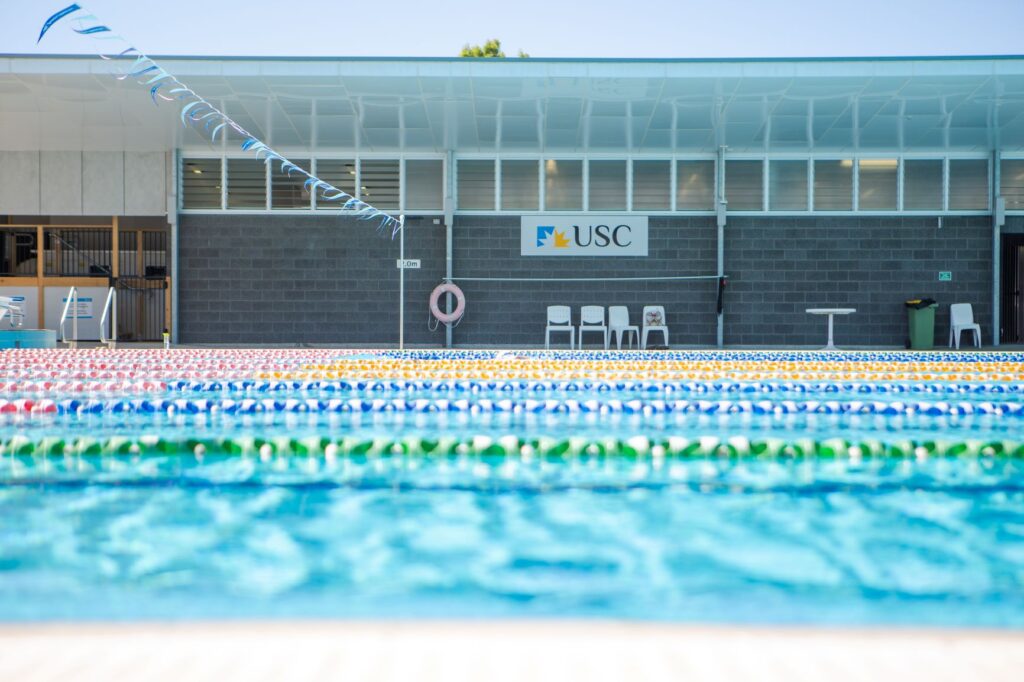 The University of the Sunshine Coast (USC) is fast becoming recognised as a University of choice for athletes wanting to pursue sporting excellence. Its dedicated High-Performance Sports Centre includes nationally accredited facilities and athlete support resources and is home to national and internationally competing sports teams. The opportunity to study and train year-round in such a beautiful location is proving a strong Drawcard.

The University aims to prepare athletes so that they are well placed for continued success during their competitive career and beyond and students are supported by world leaders in coaching, performance development and sport and exercise science research.

USC’s High-Performance Student Athlete program has been designed to enable excellence in both sport and study. It is designed to balance the demands of training and competition schedules with study commitments so students can achieve their personal best in both pursuits.

Underpinning the program is the USC Sport and Exercise Science Research facility. It has a strong focus on applied research that directly impacts athlete performance and has produced a body of work that includes biomechanics, exercise physiology, psychology, coaching, and motor control and learning. The laboratories are accredited by the Australian Institute of Sport (AIS) and are used to assess national and international level athletes.

USC has a strong reputation for netball, cycling and swimming and is home to the Sunshine Coast Lightning Netball Team, the Australian Cycling Academy and the USC Spartans Swim Club.

Sunshine Coast Lightning was formed in late 2016, as a unique joint venture between NRL Club, Melbourne Storm and University of the Sunshine Coast, following a successful bid to form one of three new clubs in a national netball competition. The team is based at USC which has significantly expanded its sports stadium to provide a world-class venue for netball. The team won the national championship in its first season and became back to back champions in 2019.

Commonwealth Games gold medallist, Ben Kerston and current Orica-Scott World Tour Director, Matt Wilson created the ACA in partnership with USC and Sunshine Coast Council. The under-23 racing team and development program is designed to support young cyclists to reach their potential and provide a pathway to professional ranks. The comprehensive athlete-centric model incorporates training, racing, a tertiary education scholarship program and professional mentoring. It also operates customised training camps for cyclists of all levels from the Sunshine Coast.

Professor of Sport Science Brendan Burkett OAM is a four-time medal winning Paralympian and is the driver behind USC’s High-Performance Swimming Program. He works actively with both the able-bodied and Paralympic athletes on the USC Spartans squad, using coaching and biomechanics to optimise performance in the pool.

Turning his passion for sport into an academic career, Brendan is now a leading researcher in the fields of high-performance sport, rehabilitation and prosthetic technology in sport. His work with the USC Spartans includes heart rate monitoring, video analysis of swimming technique and body composition assessment, all with the goal of ensuring swimmers are at their .