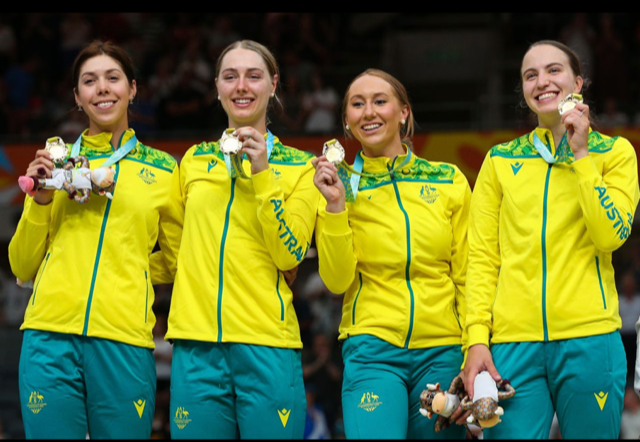 More than 20 athletes and coaches from the University of the Sunshine Coast community have been confirmed for at this year’s Commonwealth Games in Birmingham, England, with the possibility of more being added.

While the majority of athletes are swimmers in the USC Spartans squad, other sports such as cycling, netball, basketball, athletics and lawn bowls are also represented.

The Birmingham Games run from Thursday, 28 July to Monday, 8 August, and the opening and closing ceremony will take place at newly renovated Alexander Stadium.

Following on from Gold Coast 2018, the event marks the 22nd staging of the Commonwealth Games, with 280 gold medals set to be awarded, and more than 5000 other competitors expected to attend.

For USC’s contingent it will be an opportunity to build on strong results from the Tokyo Olympics and Paralympics, where 20 UniSC athletes and officials were in attendance.

What an incredible start! Our UniSC-affiliated athletes have already scored eight medals between them at the Commonwealth Games, including this amazing crew who set a new record in the Women’s 4000m Team Pursuit Cycling – incredible achievement!