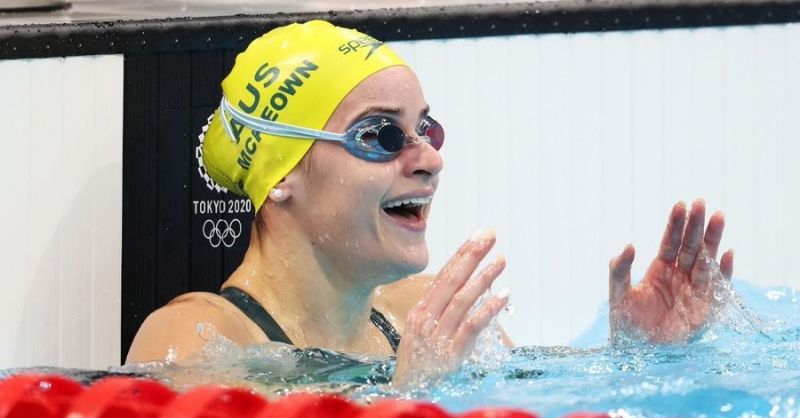 USC Spartans swimmer Kaylee McKeown has become an Olympic champion today after winning the final of the 100m backstroke at the Tokyo Olympics.

Kaylee, 20, set a new Olympic record with a time of 57.47 seconds, ahead of a classy field that included two competitors who had also broken the Olympic record during heats and semi-finals over recent days.

Kaylee’s impressive victory makes her the first Australian woman to win gold in backstroke at the Olympics.

She is now set to compete in the 200m backstroke heats on Thursday night, with semi-finals on Friday and the final on Saturday.

Kaylee was also selected to represent Australia for the 200m individual medley but withdrew from that event to concentrate on her backstroke events.

She is coached by USC Spartans high performance swim coach Chris Mooney, who is part of the Australian coaching squad in Tokyo. The image of Kaylee, above, has been provided by Swimming Australia.

Six athletes associated with USC are competing in the Tokyo Games.

Results for USC athletes to date are:

Kaylee McKeown has won a gold medal in the 100m backstroke, setting a new Olympic record of 57.47 seconds.

Kaia Parnaby was a member of the Australian softball team that had one win from five games in the tournament and missed out on the medal play-offs.