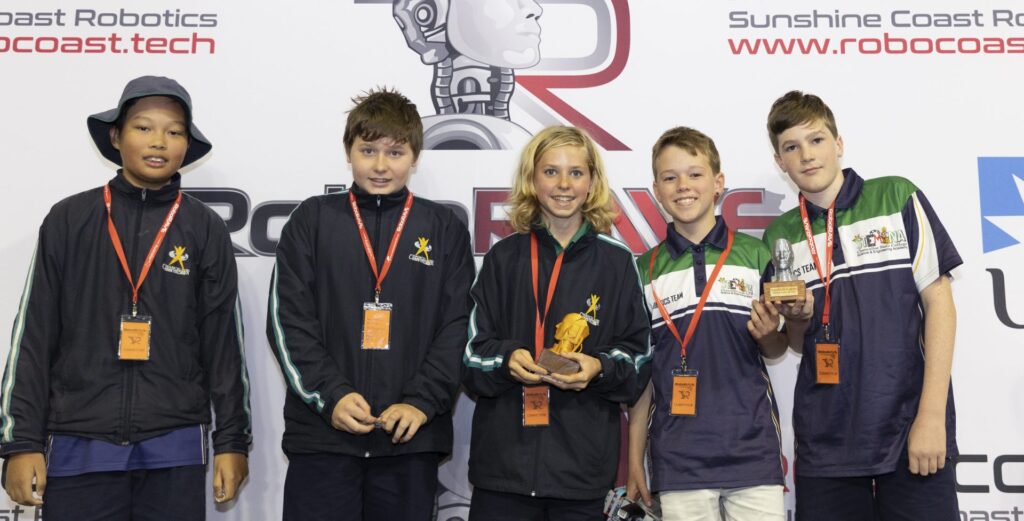 Twenty Sunshine Coast teams have battled it out at the RoboRAVE Australia annual robotics competition at the University of the Sunshine Coast, with ten of those teams from seven local schools* winning across 15 divisions.

The energy was electric as students, aged eight to 20 representing 363 teams from across Queensland, yesterday (July 17) raced to design, build and program fully autonomous robots to compete in the challenges for each division.

“The talent and imagination on display yesterday was inspiring and it was clear a lot of hard work and passion had gone into each team’s preparation,” Mayor Jamieson said.

“Through the Regional Economic Development Strategy, council is a proud supporter of RoboCoast and the RoboRAVE competition, which gives our young people the opportunity to develop the skills and industry connections they need to access exciting career pathways in technology.