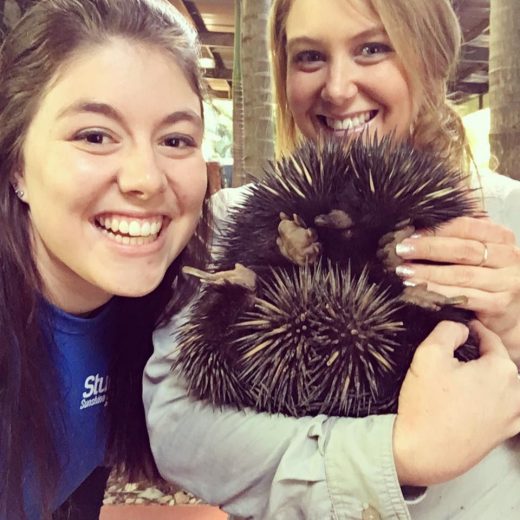 The Sunshine Coast is fast becoming an attractive study destination for students which can be attributed to the lifestyle, study and career options the region offers, directly resulting in a significant growth in student numbers across a variety of education sectors over the most recent study semesters.

Students are becoming increasingly interested in moving to the Sunshine Coast to study thanks to a number of attributing factors including regional development (Maroochydore CBD, Sunshine Coast University Hospital, and Sunshine Coast Airport expansion), study and education offering growth, career and work opportunities and the attractiveness of living in an Australian coastal location as compared to a larger city.

Education and research holds a current value contribution to the Sunshine Coast economy of $696.9m with a predicted industry expansion of 50% by 2033. This growth is also reflected by the University of the Sunshine Coast who are aiming to welcome 20,000 students by 2020.

Study Sunshine Coast Student Ambassador John Cameron, from country Victoria, described the Sunshine Coast as his prefect study destination because of its location and education offerings.

“The reason I was excited to study on the Sunshine Coast was because it has the three things I was looking for; it had Sunshine, it is on the Coast and it has a great University,” Mr Cameron said.

Fellow Study Sunshine Coast Student Ambassador Elsie Ley explained how she had different motivations for moving to the Sunshine Coast from New South Wales to study.

“I knew I wanted to study health and the University of the Sunshine Coast offered the exact courses I wanted to do which many other universities did not,” Ms Ley said.

“The new Sunshine Coast University Hospital development was an added bonus and a great opportunity to study and then hopefully gain placement and employment at the new hospital, all in one region, when I finish studying.

“I also saw the other activities I could be involved in on the Sunshine Coast in a great community setting including volunteering for ‘Safe Night Out’ and learning a new language or three!”

The Sunshine Coast Hospital will be one of the largest employers on the Sunshine Coast and will require more than 3,500 staff when it opens, growing to around 6,000 when the facility is completed in 2021, a big incentive for students looking to study health.

For international student’s, safety and the feeling of being involved and included in the local community is a significant draw card to the region.

Study Sunshine Coast Student Ambassador Jinwoong ‘Charlie’ Kim explained that he wanted to feel safe and welcomed where ever he decided to study before he made the big move from South Korea.

“I knew I wanted to come to Australia but when it came down to where in Australia I picked the Sunshine Coast because I thought it was a safe place with lots of welcoming people and a great ‘Aussie’ culture – everything I ever wanted,” Mr Kim said.

Sunshine Cost Economic Development Councillor Stephen Robinson said the Study Sunshine Coast campaign was an opportunity for our region to showcase the outstanding education, lifestyle and career opportunities available to local, national and international students in a safe, natural and inclusive environment.

“Around 300,000 international students commence studies in Australia each year and Study Sunshine Coast is a great chance for our region to reach out to more and more of these students and show them why, like ‘Charlie’, they should be putting the Sunshine Coast at the top of their list,” Cr Robinson said.

“Our game changing infrastructure projects are creating a new economy on the Coast which will deliver outstanding career pathways and choices for local, national and international students.

“This pipeline of projects now coming out of the ground continues to maintain positive economic momentum and more enduring jobs – like the $1.8 billion Sunshine Coast University Hospital, due to open in April 2017, the Palmview master planned community which commenced two weeks ago and the $400 million redevelopment of Sunshine Plaza.

“The positives of these major infrastructure and development projects are already being seen, with the latest Australian Bureau of Statistics figures from the National Treasurer’s Office showing unemployment has dropped on the coast by 2% from July 2015 to July 2016 and youth unemployment is also down by 3.1% over that same period.

“The Sunshine Coast has a fantastic story to tell and these projects, together with our economic blue print, will continue to drive our economy and increase employment opportunities into the future. So we believe there is no better place to live and study and then live and work than the Sunshine Coast. Our lifestyle and opportunities are envied and a big reason for that is our safe community environment.”